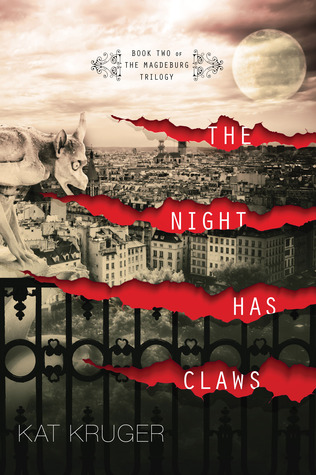 Connor Lewis and Arden LaTène are experiencing a reversal of fortunes. Arden, once a prominent werewolf, has been cured against his will. As a result, he’s now considered dead by his former pack and has lost his longtime girlfriend in the mix. Connor, a newly created werewolf whose DNA has inadvertently led to the creation of the cure, now has to make some important decisions about his future and is not sure who to trust. Should he join a pack or try to go it alone?

When Connor is summoned by the Hounds of God to testify against the human scientist who developed the cure, he’s forced to choose sides. Comprised of humans bitten by werewolves, the Hounds have been the lawmakers and enforcers for hundreds of years, ensuring werewolves don’t endanger the lives of humans and exacting justice upon those who do. On the other hand, the pack werewolves have been persecuted for centuries and are seeking to tip the balance of power. Adding to his confusion is Madison Dallaire, the girl Connor has complicated feelings for, who has embarked on a path of corporate espionage.

In the second book of The Magdeburg Trilogy, Connor’s loyalties are pushed to the limits as he faces the challenges of being a modern werewolf caught in the grip of an ancient feud.

Is it weird to say that a book about werewolves in European countries such as Paris and Germany is completely believable?  Well, then call me weird because the story line in The Night Has Claws seems just crazy enough to be true!

I know there are other books about werewolves out there, but this one just takes the cake for me.  Sometimes after reading a really great first book in a trilogy, you get a bit scared about book two being as good – even half as good!  This book is even better than the first, in my opinion.  It just had more of everything.

I really like the characters Kat Kruger writes.  They are so real with real feelings and problems and flaws.  It’s nice to read a book and feel you know the people living their lives on the pages before your eyes.  And it’s even nicer when you start to care about them and their outcomes.

To say I’m excited about book three would be an understatement.  With a cliffhanger (and what a cliffhanger it is) like that, I hope it comes out sooner than later because I’m not sure I can wait.  Think I can bribe Kat Kruger to give me some deets?  🙂

So guess what?  Fierce Ink Press has an e-book copy of The Night Has Claws to give away!  Leave a comment with your email address on this post with the name of your personal favourite werewolf book or movie.  Winner to be announced on October 17 and is open to Canada, UK and Australia residents.

One thought on “The Night Has Claws by Kat Kruger, review”